Charlotte Mabon is a singer and songwriter in the devotional/ medicine genre. Her musical path opened for her when she went to India as a teen, discovering music as meditation and communion with the divine. She took two years out of her philosophy degree to live in a rainbow community in Southern Spain, immersed in bhajans and simple earth songs but it wasn’t until she found the path of Brazilian shamanism in 2003 that she began crafting her own songs. In 2008 she crossed the Atlantic in a four-person sailing boat and it was under these wide, starry skies that she began her first book of songs, “Song of the Earth”, now much loved and shared in community and ceremony.

In 2010 she left the UK for India to study Indian classical music. It was a profound time of rebirth and discovery and when she came back to the UK in 2011 it was to begin a new life in West Wales, and to enter onto the path of motherhood. In the last few years she has started collaborating musically again with various musicians including Ravi Freeman, Fede Bruno, Adrian Freedman and storyteller Sarah Mooney. She’s now returned to Devon and is in the final stages of completing an entire cover of Joni Mitchells Blue album with composer Dean Brodrick and is currently working on her first E.P. Her songs are poetry put to music; meditations on the nature of reality and the human experience, and an ode to the power of gratitude. 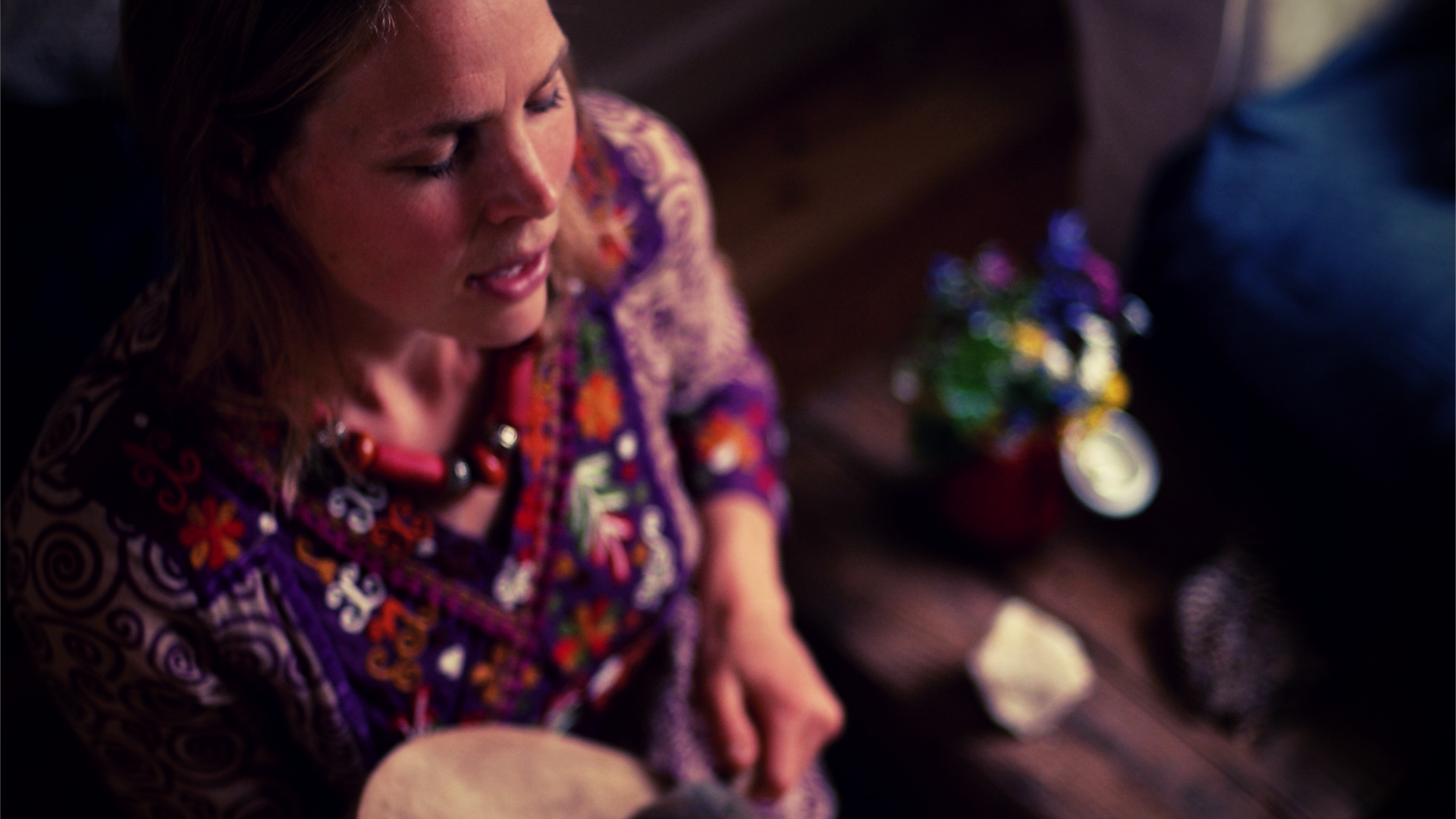