Amalia is a gifted Healer, Naturopath and renowned Spiritual Leader and Teacher, Member of the Commission of the Sacred sites in Guatemala – Colusag, Founder of the Elder Council Iq’B’alam, Member of Council of Elders and Political Association of Mayan Women (MOLOJ) Spiritual Assessor of Association of Women (KAKLA).

The Mayans were the inventors of astronomy. Their main interest, in contrast to Western astronomy, was to study the movements of the Sun over its latitudes. The studies of the stars carried out by the Mayans continue to surprise scientists to this day. Their obsession with the movement of celestial bodies was based on the cyclical conception of time, and astronomy was the tool they used to discover the influence of the stars on the world. One of the great phenomena that they managed to discover was the Solstice.

Due to the current times, our Mayan elders are allowing us to broadcast this ancient sacred ceremony, as they feel it’s important for more people to be able to connect to the powerful energy available at this time of Summer Solstice. Our intention is for prayers of healing and unity to reach far and wide, bringing light to the entire planet.

“We, Mayan spiritual leaders are preparing ourselves for the 20th and 21st of June which fall under the energies of Tijax and Kawoq in the Mayan calendar. Based on the Mayan astrology, these days mark a very important event for humanity, we celebrate Summer Solstice. Our ancestors never removed themselves from the cycles of the cosmos and Mother Earth, to which human beings need to return to recuperate harmony and balance with life.

“There’s no end of the world marked in our calendar as the fatalists and manipulators are once again trying to fool us into thinking. It is the end of the actual system. This new cycle is a cycle of harmony, peace, tolerance, and balance. It brings a new conformation that will modify the socio-economic system currently in place. The destiny of humanity will be according to our willingness to these changes, it’s up to us to act and set our minds with a more positive attitude and not generate a psychosis of calamity.

The people are crazy about the end of the world coming when instead, they should be thinking about the purpose of why they were born.

Let’s remember the life we have is not eternal, the only certainty we have is that sooner or later everyone will die, and then, we will be the ones in charge of judging ourselves. This is the final judgment day everyone talks about, the day of our death and then, we won’t be able to lie or cheat ourselves, at this moment we will answer about what we did with the wonderful opportunity that we call life outside the transcendental historic moment that we are currently living in the planet.

Our own existence is equally transcendental, and we can’t waste it or lose time engaging in daily insanity. Our destiny as people in the current times is to be a guiding light, we together with other native peoples, we are sending out a call for our brothers and sisters to transform, to search for their well-being, to live in harmony.”

How to connect to this ceremony:

Light a candle and concentrate on the ceremony, connect with your internal fire (if you don’t have a candle you can imagine this light within). Pray for transformation, give thanks to the Creator and the elements for your life. Ask for a good, clear path, the Sacbe. Ask for everything to transform in harmony, for the well-being of your family, your partner and for the whole of humanity.

To donate specifically for this cause, go to www.aniwa.co/mayan-solstice 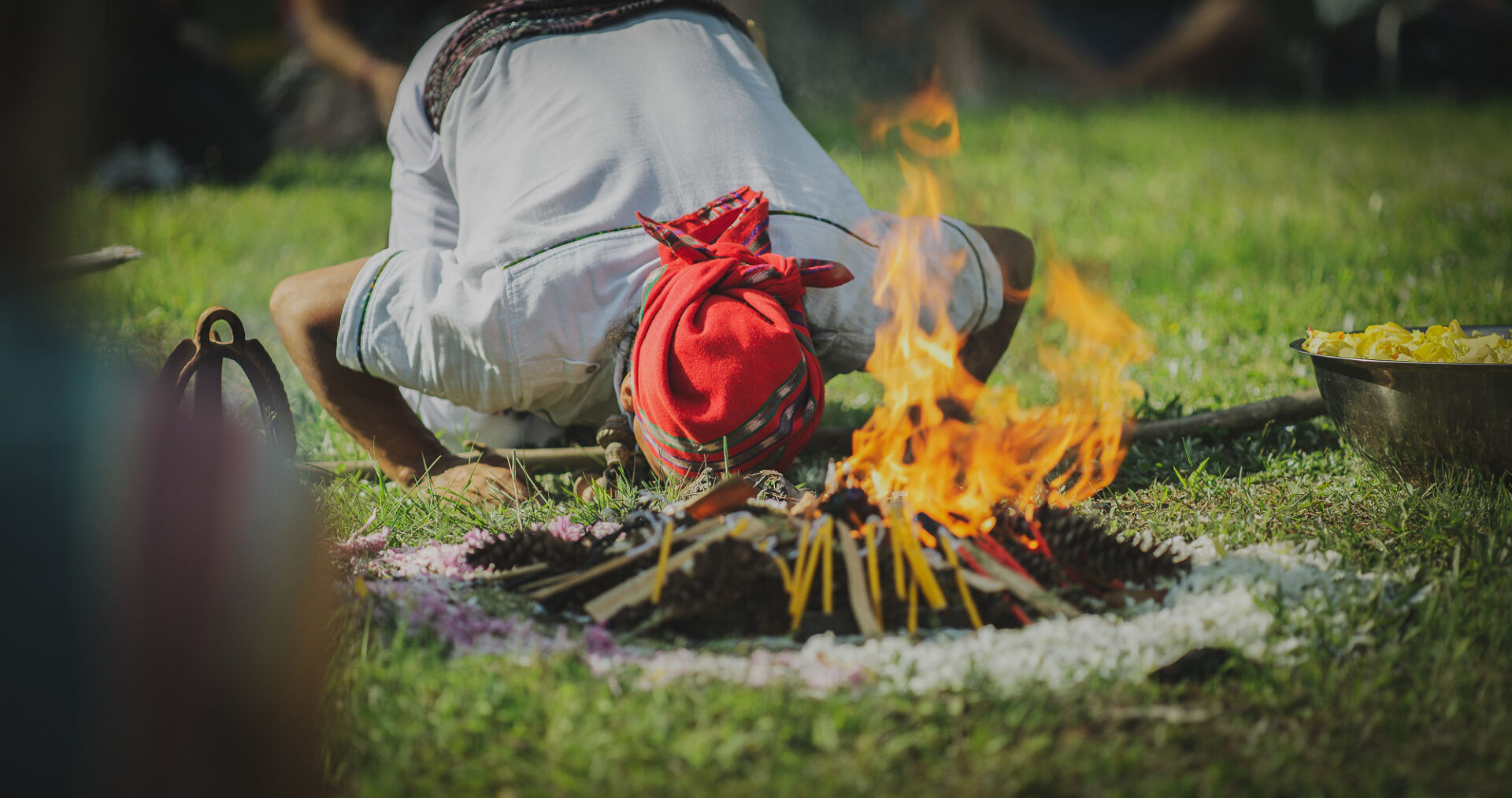