On the back of releasing new singles Life Is A Gift and Please Don’t Shoot My Sister, and a 12min live version of his song We Go Jam earlier this year, Planetman embarks on a journey to bring his soulful roots message to the people.

A founding member of iconic Dalston venue Passing Clouds, Planetman’s monthly Little Blue Ball parties spanned over a decade, and have become legendary for their magical atmosphere and round-the-block queues! Seven years running the Sunday Night Jam Sessions at the venue established him as a key figure in the London music scene and led to further work as a promoter of World Music. Projects include founding the Global Beats Festival, which he curated and headlined at Wilton’s Music Hall, and World Music Jam a successful commission for the BBC’s Lonely Planet event.

Planetman’s skill as a guitarist and authentic, larger than life personality have landed him gigs backing Reggae heroes, Dawn Penn, Winston Reedy and Winston Groovy. He has taken his inspiriting message of unity through music across the globe, from Budapest to Ko Pha Ngan, and was invited to Tanzania by the family of Remi Ongala to play at a memorial show in the star’s honour.

Planetman’s latest album – Love Rebel – is the embodiment of the life and work of a musician who lives by the message in his music. The album deals with themes of love as a spiritual and unifying force and the true freedom of refusing to submit to a soulless system.

Described as ‘Reggae master’ by the Evening Standard, his current work has a distinctly Dub flavour. The new single, soon to be released by Kundalini Records, includes remixes by Dub legend Gaudi and acclaimed producer Martin ‘Youth’ Glover (Paul McCartney/Guns N’ Roses/ The Verve) – whose version has been selected to feature on Liquid Sound Design Records’ compilation ‘Music to Get High To’.

Planetman bringing the heat with a very special live set! From reggae to Afrobeat his songs are going to take you on a soulful journey of positive vibrations,
“Planetman blends highlife guitars and reggae with earnest folk and brightly soulful vocals; the spirit is infectiously upbeat” (METRO, London)
“Reggae master” (Evening Standard) 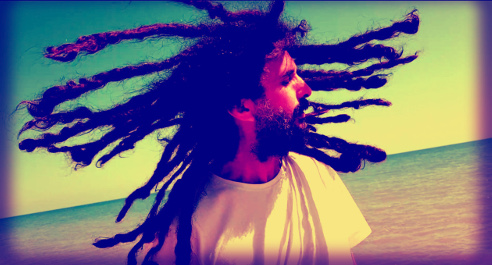