Professor Marilyn Monk is a research scientist in the fields of molecular biology, early embryonic development, epigenetics and cancer. She is Emerita Professor of Molecular Embryology at University College London and previously Honorary Professor at the University of Melbourne and Adjunct Professor at Monash University.

Her research, beginning in the Bacteriology Department at Melbourne University, was concerned with the mechanisms of DNA replication and repair in micro-organisms. On winning a scholarship for study overseas and a British Passenger Line free passage, she moved to London to complete her PhD after which she returned to postdoctoral research in Melbourne Zoology Department. Then she was awarded the ICIANZ scholarship and continued her post doctoral research at the CNRS in Paris, the University of Leicester, and the University of Edinburgh.

She moved to University College London in 1974 with a change of field to early mammalian development and has remained there to this day. Due to this change of field, a hallmark of Marilyn’s bench research is the ‘micronisation’ of molecular techniques to the sensitivity of a single cell in order to bring molecular biology to the very few cells available in early embryonic development. The ability to detect gene mutation, gene modification and gene transcription in single cells has had far-reaching medical significance. Together with Cathy Holding, Marilyn carried out the pioneering experiments which established the feasibility of pre-implantation genetic diagnosis for couples at risk of having a baby with a serious genetic disease.

Her research has led to several paradigm shifts including the discovery of the late origin of the germ line (thus ending August Weismann’s 1892 doctrine of the continuity of the germ line in mammals), some original work showing that the expression of genes is programmed by modifications superimposed on the gene DNA (epigenetics), molecular mechanisms of Lamarckian inheritance, and the phenomenon of deprogramming by global erasure of methylation modifications inherited from the sperm and egg in early development. Deprogramming returns the embryonic cells to the tabula rasa (totipotent stem cell) state, capable of producing all the different cell types of the new individual. Marilyn hypothesised that deprogramming may also be an initiating event in tumour formation and, subsequently, the development of cancer and she and Cathy Holding isolated a number of embryo-specific expressed genes also expressed in cancer towards the development of a new type of cancer vaccine.
Marilyn is also an Alexander Technique teacher and a Psychosynthesis Counsellor.

A HIERARCHY OF CONSCIOUSNESS – FROM ATOM TO COSMOS

Consciousness is a complicated topic these days.  One of the problems is that there are many definitions of the term ‘consciousness’.
What is your definition?  For example, do you think that you have consciousness, or does consciousness have you?
Is consciousness confined to humans and the human brain and mind or is it all pervasive throughout existence?
Or both?
Is it material or non-material?  How does it relate to evolution?
Marilyn has taken an entirely scientific approach to the study of consciousness in evolution and develops a model that gives belonging and meaning and purpose to everything in existence. 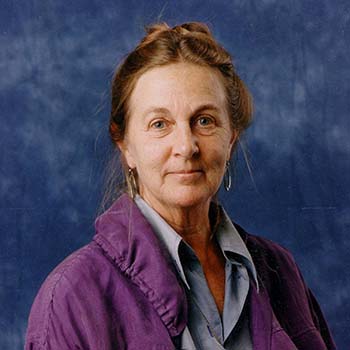