Sivani Mata is an artist who is blessed to be a student of Bhakti (the yoga of love and devotion), and began sharing Kirtan in her local community in 2009 anchored in the teachings of Truth, Simplicity and Love. She organised the UK’s first ever Bhakti Music Festival (in August 2011) and the Be Love: Bhakti Immersions which brought devotional musical practices from various traditions together as one, in the spirit of universal love and devotion. In addition to Kirtan, she shares responsive yoga practice for women, including yoga nidra. She is also inspired by ancient Goddess traditions from around the world, and is currently writing a book on this theme.
www.naturalmysticbhajans.co.uk 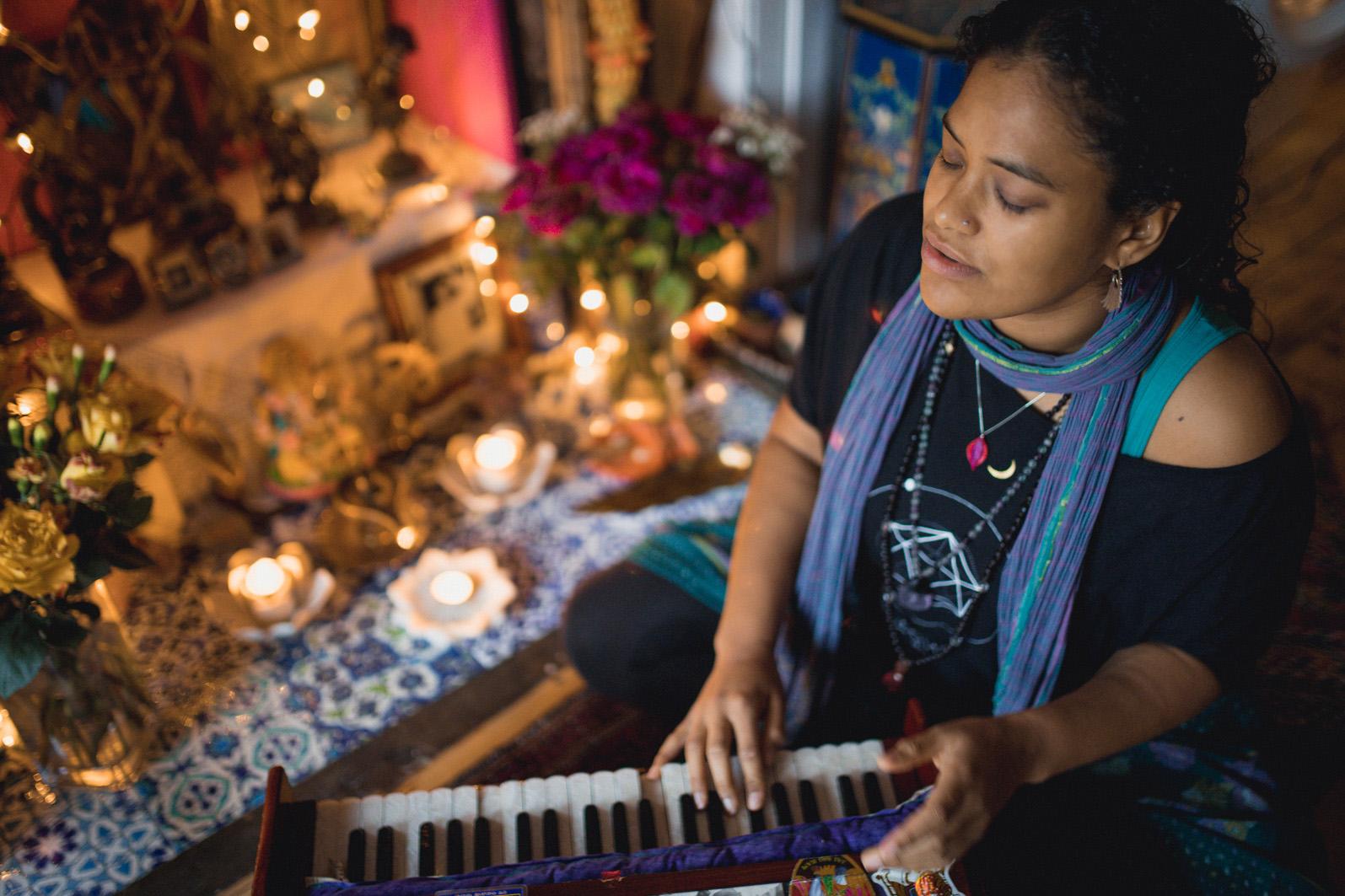