Survival International is an international human rights charity fighting for the survival of the 150 million tribal people across the world. From the Amazon to the Kalahari, from the jungles of India to the Congo rainforest, Survival International works in partnership with tribal people to stop loggers, miners, and oil companies from destroying tribal lands, lives and livelihoods. The organisation lobbies governments to recognise indigenous land rights, documents and exposes the atrocities committed against tribal people, and takes direct action to stop them.

A celebration of indigenous voices and views. Indigenous knowledge and perspectives have been ignored by generation upon generation and the world is now paying the price. We’re faced with a climate crisis driven by over-consumption, we’ve lost contact with the land and revert to supermarkets where the foods we consume too are all too often are drenched in chemicals, covered in plastic or contain ingredients that destroy the lands and livelihoods of others. Like so many other countries, here in the UK our sense of community has been eroded such that loneliness now affects 40% of our young people. Our economy too is broken: the richest one percent of the UK population own more than 20 times more wealth than the poorest 20 percent combined.  It is no wonder that social anxiety is a growing phenomenon, with research showing that young Britons have never been unhappier.  It is clear that our life model is not sustainable. We’re set on the wrong path and we need to explore alternatives.

Tribal peoples hold the solutions to many of the world’s problems but sadly all too often their voices go unheard. Contrary to what is often said, tribal peoples are not ‘backward’, they haven’t been ‘left behind’. They choose to live on their land, in their own ways, in largely egalitarian societies based on solidarity and mutual respect.  In this interactive workshop, we will explore practices, customs and beliefs from tribal peoples across the globe and consider just how different our society could be if we listened to the people who have inhabited and cared for our planet for millennia.   The future is indigenous, if we will but listen.

“It’s crazy when these outsiders come and teach us development. Is development possible by destroying the environment that provides us food, water and dignity? You have to pay to take a bath, for food, and even to drink water. In our land, we don’t have to buy water like you, and we can eat anywhere for free.” 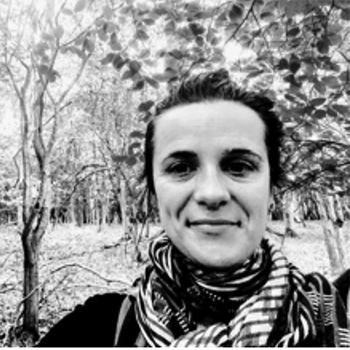