• Worked in various schools in Oxford, Swindon, London and Somerset.
• Recently worked as Educational Forest Ranger at Center Parcs Longleat
• Experienced in running play sessions for Magical Youth Theatre and play areas for adults at Glastonbury, Sunrise, Buddhafield and other festivals, as well as a running regular play workshops with Play On! in Bristol and various sessions for Antidote in London. Recently attended Counter Play international play conference in Denmark.
• Theatre training: Ecole Philippe Gaulier. Have also trained with Mick Barnfather from Theatre de Complicite and Aitor Basauri of Spymonkey among others, and worked with The Sacred Players and the Flying Seagull Project et al.
• Co-counsellor since Re-evaluation Co-Counselling Fundamentals Course, Oxford, 1997
• I also trained in Thailand and California in Thai and Swedish massage, and Watsu, a form of shiatsu practised in water. I have studied some taoist practices, particularly sexual energy kung fu. I do regular yoga (using a variety of forms from Iyengar to Vinyassa Flow), occasional meditation and am particular interested in tantra, yoga nidra and in pranayama and other breath work for trauma release and personal development.

A wide variety of games, playing as individuals, pairs, teams and whole group; at times circling with concentration and sensitivity, at others running around raucously.

We will be romping quickly through a wide variety of games, playing as individuals, pairs, teams and whole group; sometimes competitive, sometimes cooperative; sometimes we’ll be circling in quiet concentration and tender sensitivity, and sometimes running around raucously. The games are drawn from various arenas, from the school playground to theatre to team building. You might reawaken our inner child, or you might just have a good laugh; either way the emphasis is always on letting go of seriousness and having fun for the sake of fun, and you are guaranteed to leave feeling more open and connected, and energised for whatever’s next for you.

The importance of play in child development is well documented. But it doesn’t have to stop as we mature into adulthood, and in fact research is increasingly affirming its continuing importance in adult growth and happiness. Sharing laughter and fun not only raises endorphin levels, but also fosters empathy, compassion, trust, and intimacy with others. Developing a playful nature can help loosen up in stressful situations, break the ice with strangers, make new friends, and form new business relationships. A creative approach to problem solving is predicted to be vital in the future jobs market, and this skill is practised through play. In the words of George Bernard Shaw, “We don’t stop playing because we grow old; we grow old because we stop playing”. 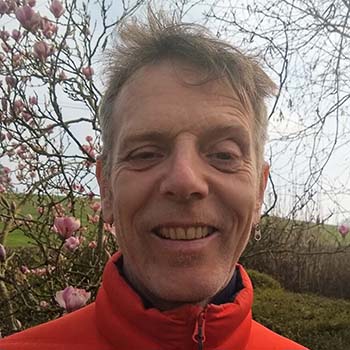