Mac Macartney is an international speaker, writer and change-maker and contributes to many diverse organisations and communities. He has established a portfolio of enterprises both in the commercial and not-for-profit sectors, including Embercombe, a valley on the edge of Dartmoor National Park, a centre for the rewilding of people and society.

Over a period of twenty years Mac was mentored by a group of indigenous elders. During this training and ever since, he has attempted to bring two worlds together – an ancient world-view that emphasises relationship, interdependence, and reverence for life with the significant challenges and opportunities of the twenty-first century.

In 2013 he was presented with the Enlightened Society Award by Sakyong Mipham Rinpoche, and in 2015 he was awarded an Honorary Doctorate in Education for his work in service to the community by Plymouth University. He has delivered four compelling TEDx talks.

Mac is a member of Danone North America’s Advisory Committee and is a passionate advocate of the B Corp movement within business. In the past he has also sat on the sustainability advisory panels for Lafarge, Lend Lease, and Procter & Gamble.

Mac is the author of two books, Finding Earth, Finding Soul, the invisible path to authentic leadership and The Children’s Fire, heart song of a people.

Drawing on profound and challenging experiences gained when mentored and trained by a group of Native Americans, Mac Macartney invites us to walk the trail of the Peace Chiefs – warriors of the open heart. Women and men pledged to the twin trail of courageous stewardship – the inner trail of self-unfolding, healing and growing; the outer trail of action and effect in the world. Mac braids beauty, wildness, activism and the yearning pulse all humans have for a meaningful life, into a compelling narrative that has the power to guide a life. It is a call, a pledge, a heart-song, to the many millions of us who watch as our blue planet is slowly, systematically and meticulously tamed, caged, and broken. As the Hopi Nation elders announced, “We are the people we have been waiting for.” 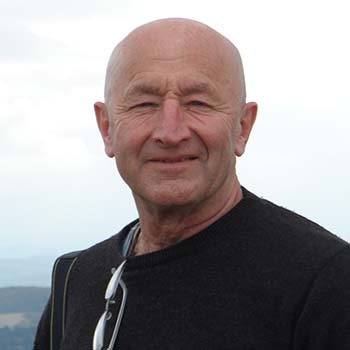