Talking Circles originated with First Nations leaders In North America: the Mohawk, Seneca, Cayuga, Oneida, and the Onandaga. The process was used to ensure that all leaders in the tribal council were heard, and that those who were speaking were not interrupted.

Talking circles are a non-hierarchical form of dialogue. Participants sit in a circle, which symbolizes completeness, and the thoughts and feelings of all participants are valued equally. The circle allows all participants to see each other as they speak in turn. Sometimes Talking Circles are used to discuss a topic.

In the Rainbow Gatherings Talking Circles are used in many ways such as to make a consensus agreement – a talking stick is used which continues to circle until everyone agrees.  This can be a lengthy process but ensures inclusion. They are also used to make day to day decisions during gatherings and caravans.  And they are also used for heart sharing, where everyone can say anything they wish.

In this talking circle Rainbow brothers and sisters would like to talk about the relationship between social and climate activism and spiritual activism, with a focus on living in nature. You may also want to talk about current topical issues that you would like to share your thoughts on.  Or you might want to talk about how you are feeling today, or right now, or tell a joke, or sing a song.  There are no rules about what you can talk about when it is your turn, but please be respectful of the audience. 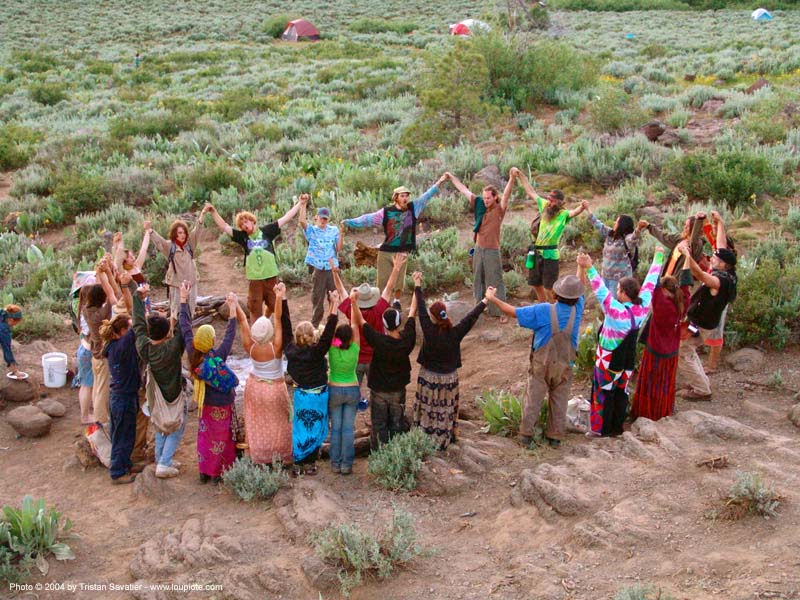